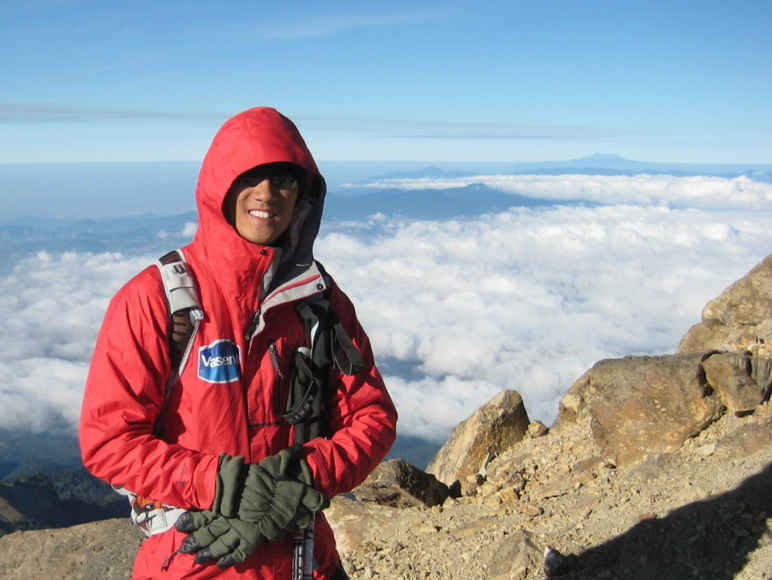 May 13th, 2008 marked the day in which Specialist Steven C. Baskis lost his sight and suffered multiple shrapnel injuries to the head, neck, arms and legs which resulted in significant blood loss, hearing loss, loss of smell and nerve damage to his left arm.

When he woke up at Walter Reed Army Medical Center in Washington, D.C., Steve remembers that one of the first people who visited him was a blinded veteran from BVA named Tom. Tom said he'd help Steve apply for blind rehabilitation and assist him during his recovery. Both Tom and Steve kept their promises, and their friendship.

Today, Steve has taken up mountain climbing. He says that BVA is one of the reasons he was able to find purpose and fulfillment in life again:

"This organization has people who really care, and I am one who has benefited from their care. BVA has provided me with resources and information I would have never found on my own."

Steve explains how this traumatic experience has forever changed his sight and vision. "I may have lost my physical ability to see, but I have a new vision, a new perspective to guide me through life and all of it's amazing challenges.

After war and debilitating injuries, Steve has gone on to climb 2 of the 7 tallest mountains in the world which include Mount Elbrus in Europe and Kilimanjaro in Africa. A documentary titled "High Ground", captures Steve and 11 veterans' amazing journey to climb a 20,000-foot Himalayan peak in the shadow of Mount Everest. Another documentary Steve had the opportunity to be featured in was recently released to the public. Titled "On Me", the film follows five completely blind veterans down a stretch of white-water river rapids in Montana. Baskis has found a love for adventure and physical challenge, actively pursuing half marathons, a half ironman, cycling 800 miles from the capital of Canada to the capital of the United States, snow skiing down cold mountains in Colorado and white water kayaking down the Yellowstone river.