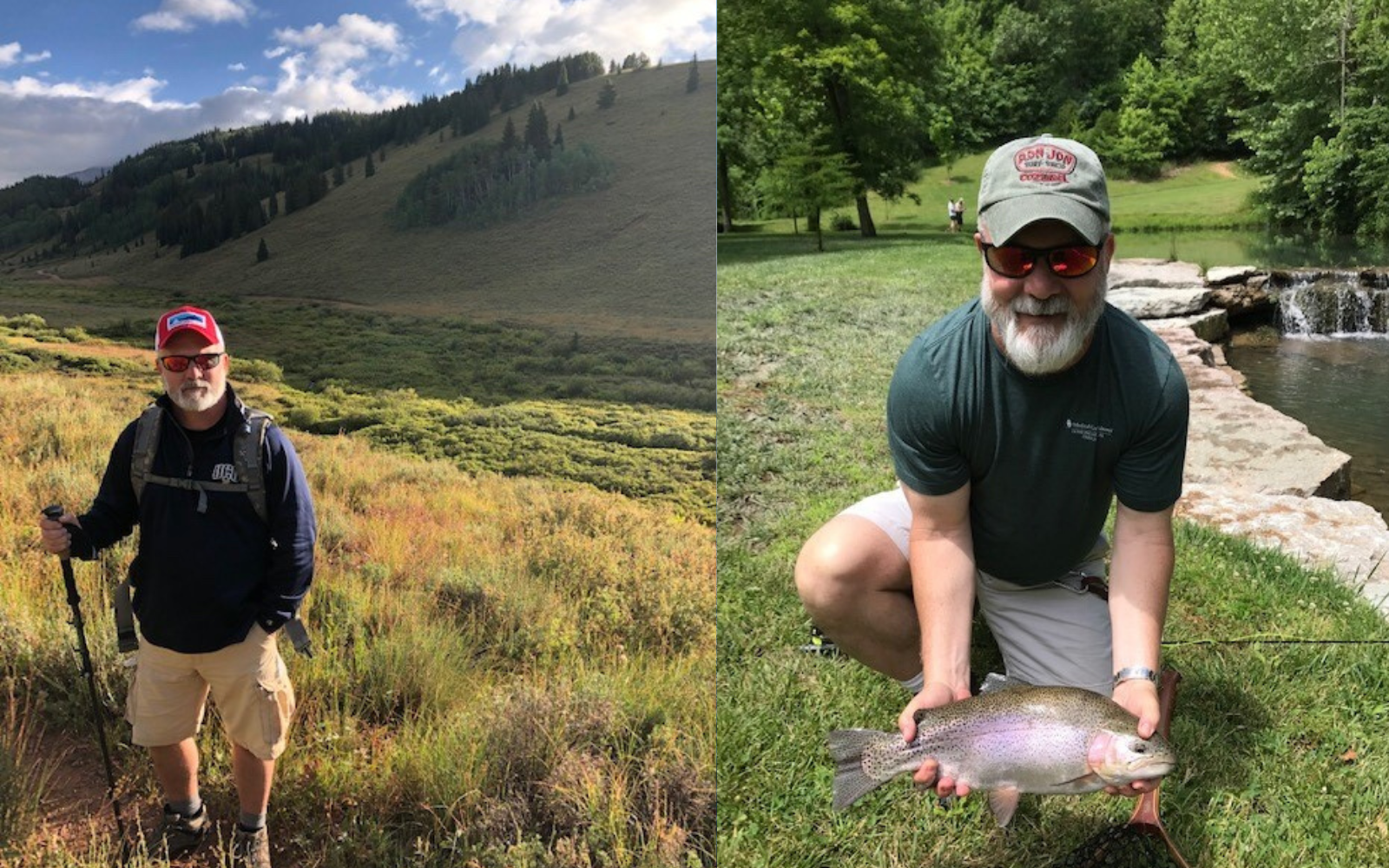 Help Blinded Veterans Rise to the Challenge of Vision Loss!

For much of his 24-year Army career that included operational assignments in Air Defense Artillery and Airborne Joint Readiness, Lieutenant Colonel Kennan “Ken” Horn (U.S. Army, Ret.) knew that something was not right with his peripheral vision, especially during training exercises at night. Several visits to eye doctors over a 16-year span provided no insight into why some tasks were clearly, at least to him, more difficult than for his peers.

Despite this adversity and others caused by multiple injuries on active duty, Ken successfully rose to each Army challenge one-by-one. He still did everything he was told to do, and everything he was supposed to do. He did it with excellence, rating routinely among the best of his peers. He was well on the path to battalion command.

“There are several ways to creatively compensate for not seeing perfectly and that is literally what I did,” said Ken. “As crazy as it sounds, I found ways to successfully train and perform even when I could not see well.”

One day in 2006, while stationed in Turkey, Ken took his son to an optometrist who, on Ken’s request, took time to also examine his eyes. It was only then that a medical professional finally discovered an eye disease that was later determined to be retinitis pigmentosa.

Even after a diagnosis and subsequent prognosis that would logically leave the average military officer hopelessly discouraged, Ken rose to the challenge of legal blindness. He served four more years on active duty, becoming one of the most successful professors of military science in U.S. Army Cadet Command during his tenure.

“Ken’s initiative, consistency, and managerial capabilities are astounding, and to have done this as a legally blind soldier is a testament to the capacity of the human spirit,” said Major General Rita A. Aragon (USAF, Ret.), now Secretary of Military and Veterans Affairs for the State of Oklahoma.

Following military retirement, Ken took his tenacity, mentoring skills, and passion for veterans and their families to the University of Central Oklahoma, where he again rose to another challenge, that of bringing the school’s Veteran Higher Education Resource Office national recognition for excellence in less than three years. The office addresses the academic, financial, physical, and social needs of student veterans.

In 2017, Ken joined the Blinded Veterans Association (BVA) and attended his first national convention in Jacksonville, Florida, where he was awarded the organization’s highest recognition for professional achievement even while knowing very little about BVA or the award.

“BVA was just something that I felt I should be involved in and the kind of people I should associate with,” he said. “The mission for veterans with vision loss to help their fellow veterans really hit home with me.”

As Chairman of BVA’s Operation Peer Support Committee, Ken has now risen to the challenge once again, sharing his mentoring skills, his work ethic, and his love of veterans. In that role he encourages his fellow veterans with recent vision loss to regain their independence, social skills, and confidence through adaptive sports, education, and interaction with those who have faced the same adversity. He faces and rises above new challenges with them as together they ski, fish, walk the Appalachian Trail, and share the “war stories” associated with vision loss.

The benefactors of Ken Horn’s drive and determination are BVA and its members as they follow his model of rising to—and above—each of life’s challenges.